Obama on the basic framework for adversarial ethics: why international trade is like a pick-up basketball game 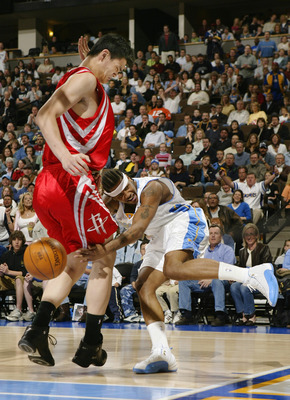 In his press conference following the recent APEC meetings in Honolulu, President Obama laid out a pretty basic normative framework for the adversarial institution of international trade. The question he was addressing involved the perception among American politicians and some Asian leaders that China was not exactly playing cricket.

And I think leaders in the region understand that as China grows, as its economic influence expands, that the expectation is, is that they will be a responsible leader in the world economy — which is what the United States has tried to do. I mean, we try to set up rules that are universal, that everybody can follow, and then we play by those rules. And then we compete fiercely. But we don’t try to game the system. That’s part of what leadership is about.

China has the opportunity to be that same type of leader. And as the world’s second-largest economy, I think that’s going to be important not just for this region, but for the world. But that requires them to take responsibility, to understand that their role is different now than it might have been 20 years ago or 30 years ago, where if they were breaking some rules, it didn’t really matter, it did not have a significant impact. You weren’t seeing huge trade imbalances that had consequences for the world financial system.

Now they’ve grown up, and so they’re going to have to help manage this process in a responsible way.

What he is describing, essentially, are the rules for a pick-up game of soccer or basketball among a bunch of people from the same neighborhood. You agree to a set of reasonable rules (given there are no real referees), you expect everyone to follow the rules, each person still plays hard to win within those rules, and the whole game is threatened if one or more players are consistently trying to get away with blatant cheating or fouling. Obama says, “that’s part of what leadership is about,” and here he is really talking about sportsmanship.

Obama is chastising China for gaming the rules (e.g., by not devaluing its currency), though it is not clear they ever agreed to that particular rule. This press conference also unveiled some details about a new “Trans-Pacific Partnership” that might lead to a free-trade zone. But it appears that China is not welcome in this partnership until it agrees to abide by a fair set of rules.

It’s interesting that Obama also references an exception to full compliance that is often accepted by participants in a pick-up soccer or basketball game: that you may give a younger kid a little more latitude (say, to receive a pass off-side in soccer, or to travel or double-dribble in basketball). It can be fun to watch the kid trying to play “with men” above his talent level. But it nevertheless gets pretty annoying if the kid grows up to be one of the strongest players and still expects special rules or exceptions for himself alone.

Posted on November 7, 2011 by Wayne Norman | Leave a comment

From this week’s issue of the magazine named for the citizens of the city so nice they named it twice. (Posted without permission and removable on request.)