The Bachelor: Watch it? Love it? Hate It? Judge it? I would really appreciate you taking just a minute to fill out this (very short and totally anonymous) survey.  Results will be revealed in a post here on the Ethics for Adversaries blog early next week!

Thanks so much for your participation!

The Adversarial Ethics of Reality TV 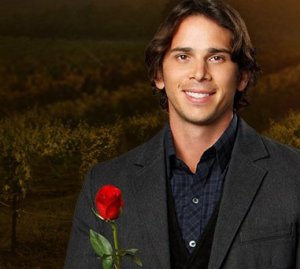 The Adversarial Ethics of Reality TV

It has been said that love is a battlefield, or a contact sport. But most people like to think of their own romantic lives or relationships should be all about cooperation and not competition.

But cooperation is so boring! Every Monday night I get together with a group of my girlfriends to watch a two-hour, no-limits catfight.  It’s called The Bachelor and last year it was the most watched reality TV in the United States.  Without the intention of being mean, we all look to the show as source of mockery and amusement.  We are utterly ashamed of the female competitor this season who went to our own college, Duke, and we squirm embarrassedly when she stated, decisively, that after climbing a bridge with the Bachelor, that they could overcome anything through their love for one another.

In The Bachelor, love is war and weapons include low-cut halter-tops, dates on private yachts and skinny dipping in the ocean.  “It’s institutionalized infidelity,” one friend of mine commented last week.  And the more I thought about it, the more her offhanded comment rang true to me.  The entire premise of the show is to allow a man or woman, who is “looking for true love”, to meet and romance 25 members of the opposite sex for ten weeks and then, despite having romantic relations with a number of them during the period, propose to one.  In real life, this type of situation would not only be considered unconventional, but undeniably exploitive.   I certainly can’t imagine many beautiful, educated and successful young men and women exclusively dating one partner while he or she is allowed to explore and choose from an equally qualified pool of 24 others.  If this were to happen in real life in some beautiful villa in the Californian countryside, we would call it a cult.  Charlie Sheen was publicly humiliated for having two Goddesses, yet we continue to watch The Bachelor Ben Flajniak date tens of girls, who all claim to be madly in love with him, simultaneously.

The deception and infidelity that underscore the actions of every Bachelor or Bachelorette, season after season, reminded me of a question posed by Arthur Applbaum in his formative text on Adversarial Ethics.  Applbaum asks. “How can acts that ordinarily are morally forbidden – violence, deception, coercion – be rendered morally permissible when performed by one who occupies a professional or public role?”  Indeed, Flajniak could be questioned in much the same manner:  Is he granted the ability to cheat and lie to loving women simply because he is the protagonist of a popular TV show?  Moreover, does the “profession” of being a reality star entitle individuals to perform acts that would otherwise be morally unacceptable?

With a bit of research, I have discovered that morally questionable and often dangerous or damaging situations are extremely common to reality TV.   In the next several weeks, I hope to explore this topic in much more detail.  An initial list of issues I will discuss are as follows, but I am certain that this will evolve in posts to come!

–       Reality TV and Lawyers:  The legal framework that makes these shows possible

–       Physical and Mental Endangerment: Of participants, rejects and their circles

–       Why are we watching this?! We won’t watch a show about karaoke singers or morbidly obese people working out and losing weight – unless it is a competition.