The Most Expensive Honey I’ll Ever Have

I’m a skilled dog whisperer. Given that, I was talking with my dog, Honey, the other day about current events. After she complained to me that she was being cruelly starved (really, is it too much to ask for some lasagna and apple pie in her food bowl, too?), she brought up Martin Shkreli of Turing Pharmaceuticals and his actions concerning a prescription called Daraprim. Honey, the intellectual she is, informed me that Daraprim is the only treatment for humans with a parasite infection but not an immune system strong enough to fight it (an example of such a person would be a cancer patient). The medicine costs mere cents to make and was originally sold for about $13 per pill. So, Honey thought, Turing made excellent profits to begin with. But then hedge fund manager Shkreli increased that price to over $700 per pill, making him and the company exorbitant profits (imagine how many chew toys you could buy with that money!). 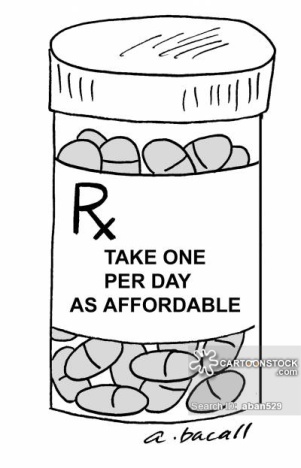 Take one per day as affordable

So, if a human were in the position that he needed Daraprim, he either needs to empty his pockets or die. So what are the people in this situation going to do? They’re going to pay it, if they can, and otherwise they have to wait on a looming death sentence as they die off slowly. Unfortunately, Honey, commented, humans aren’t as lucky as animals because they can’t be euthanized when death is imminent (an ethical discussion for another day).

So, is there a valid reason for this price inflation of Daraprim? Some people might label it greedy. Heartless, even. It’s one thing to pick on people, but to pick on the feeble and dying? That just seems so much more wrong.

Then Honey brought up a good point – people are enraged by this manipulation, but actually it’s more common than you’d think. Such price gouging already exists in the medicinal market; it’s just that many don’t think twice about it because, legally, it involves property. She was referencing herself, her animal friends and veterinary medicine. Honey and my family know the price of veterinary medicine too well. Honey was diagnosed with cancer about 18 months ago. At the time, my family was given two options: (1) let her die within the next few months or (2) treat the cancer, which could keep her alive for years. That treatment, though, would cost hundreds of dollars per month. It wasn’t a hard decision – Honey made a list of all of the good she brought into my family’s life (how else would we get exercise except for chasing her when she stole undergarments and shoes? who was going to perform the important task of shredding wrapping paper on holidays? how would we fill the silence in the morning without her whining…hem…singing?). My family didn’t need much convincing; we created a budget and started Honey’s treatment immediately.

Honey is an integral part of my family, just as many other pets are to their families. It’s not just us that are willing to go to great lengths for our four-legged friend; thousands go to veterinarians with their pets, diagnosed with life threatening conditions, and are willing to do anything in order to same them, even if it costs them a small fortune. How is this so different from when someone’s grandma is diagnosed with cancer and unable to fight off a parasite except for a prescription that costs an arm and a leg, but pay it anyways because they love her? Why are the market ethics of human medical treatment and animal medical treatment so polarized? They both have to do with living beings. Honey thinks that pet pharmaceutical companies, like Shkreli, bank on that emotional attachment to the lives that the law has so cruelly reduced to property. Why are they allowed to profit off of expensive but necessary medication for pets, but it’s taboo if the profit is a byproduct of expensive human medication? I brought up to Honey they differences between human and animal care, especially research funding and healthcare, but she still thinks that both should be approached, at least morally, from similar positions.

Honey’s story has a happy ending (maybe a better word would be continuance) – my family was able to get her the necessary treatment and she, the champion that she is, managed to beat the cancer into remission. The vet thinks that Honey has a lot of years left in her. We think that more animals should have such chances.