The Clock Doesn’t Lie:  Gaming, Cheating, and the case of Julie Miller 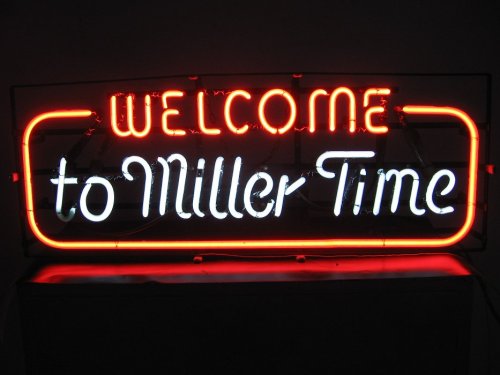 Corked Bats. Blood doping. Deflated footballs —after a while, we almost cease to be surprised when another story surfaces of a professional athlete engaging in shady (or outright banned) practices to gain an upper hand in competition. Without excusing such behavior, we might recognize that professional players and programs perhaps face greater temptation to cheat than an average person: after all, millions of dollars are on the line in these professional contests, right? Plus, after finding out that competitors are cheating, players may feel that they too need to cheat in order to stay competitive, resulting in a race to the bottom as a culture of cheating takes hold.

If we were to accept such assumptions about the reasons for cheating in sports, the case of Canadian triathlete Julie Miller would appear all the more bizarre. A recent article in the New York Times details how Miller’s competitors and fellow triathletes used timing data, race photos, and spectator testimony to accuse Miller, who competes in the female 40-44 division of Ironman races, of skipping portions of the 2015 Ironman Canada. Miller apparently has a knack for “losing” her timing chip.

When competitors and spectators couldn’t recall seeing her during parts of the 2015 race, suspicions were raised, and forum posters at Slowtwitch.com began to conduct an impromptu forensic investigation, CSI-style. Times were compared, stories swapped, photos enhanced. See presentation of evidence here, and the NYT infographic of the course here.

Despite Miller’s claims of innocence, the evidence presented to Ironman officials caused her to be stripped of several past titles and barred indefinitely from competing in future Ironman events. One could say that in the triathlon world, it looks like it is no longer … (puts on sunglasses) … Miller time. (Yeeeeeeeeeeeeeaaaah)

Two things in particular stand out in the case of Miller. First, she was competing in a sport that does not draw huge crowds and offers few (if any) monetary rewards. Many Ironman competitors probably embody the spirit of amateurism in the etymological sense of the word: they compete for the love of the sport. As triathlete Claire Young put it in the NYT article:

“Most of us are essentially racing against ourselves. There’s no money and no glory. It’s just a hobby, and if you cheat, who are you cheating? You’re only cheating yourself.”

Yet the NYT article suggests that Miller still had an important standard to live up to: her image. Miller, a mental health counselor specializing in body-image disorders, had become a hometown hero in her hometown of Squamish, British Columbia:

“Miller had established herself as a minor celebrity in town, an inspirational, warm, sympathetic woman who could apparently handle it all: work, motherhood, training and high-level sports competition.”

The second thing to note is how cutting the course in a triathlon differs in kind from the sports scandals mentioned at the beginning of this post. The use of illicit equipment or banned substances may give an athlete an unfair advantage, but they still require that the athlete actually compete. Miller’s violation was not gaming or rule-bending for unfair advantage, it was downright failure to complete the designated activity. One might call such conduct beyond the pale, or so reprehensible that it seems difficult to defend in any capacity. Unlike other race to the bottom scenarios that cheating might foster, cutting the course seems less likely to inspire other athletes to act similarly: after all, it was Miller’s competitors who called her out.

With Miller out of future contests, the triathlon world can hopefully return to business as usual, i.e., not on the front of the sports section of the New York Times. But Miller’s case might cause us to stop and ponder why it is that people cheat, and what cheating does to the culture of a sport. Her (bad) example might help us to recognize how the desire to maintain our image (or self-image) may tempt us to bend —or flagrantly flout — the rules of the competitions that we supposedly love.

This entry was posted in cheating, deliberately adversarial institutions, ethics, gamesmanship, gaming the rules, race to the bottom, sports, sportsmanship. Bookmark the permalink.