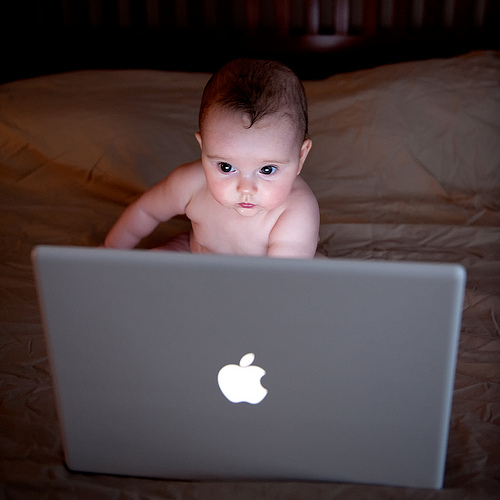 Ethics for Adversaries is a newish kid on the blogging block. In the life-cycle of a typical blog, it’s probably a toddler now; just beginning to find its legs and sometimes capable of walking in the direction it intends, for at least a few steps.

There’s an even newer kid, though. Still wrapped in blankets and being passed back and forth between parents and nurses: Bleeding Heart Libertarians. It is the brainchild of a clutch of unusually large and active brains, who will occupy themselves there with questions of how to formulate and justify an urbane libertarian-like political philosophy. They don’t put it this way, but the name they chose for the blog could be replaced by “How to be a libertarian without being an asshole.” (I had a professor as an undergrad who wrote a book manuscript with the socialist version of that as his working title.)

In the actual words of one of the founding bloggers, Matt Zwolinski, a philosopher at the University of San Diego:

I’ve created this blog as a forum for academic philosophers who are attracted both to libertarianism and to ideals of social or distributive justice.  Labels are often a greater source of confusion than insight in academic discourse, and no doubt most of the contributors to this blog will wish to qualify the sense in which they fit this description.  Some, for instance, will qualify their libertarianism with a label – “left-libertarian,” or perhaps “liberaltarian.” Others might prefer to think of themselves as “classical liberals” or even “market anarchists.”  But libertarianism, as I’ve argued elsewhere, is a broad intellectual tradition bound together more by rough agreement than by meeting a set of necessary and sufficient conditions.   What we have in common on this blog is an appreciati0n for market mechanisms, for voluntary social cooperation, for property rights, and for individual liberty.  But we appreciate those things, in large part, becauseof the way they contribute to important human goods – and especially the way in which they allow some of society’s most vulnerable members to realize those goods.

Not everybody who is concerned about the design of, and ethics within, deliberately adversarial institutions will consider themselves to a member of Matt’s broad coalition. But everyone in that tent should be interested in the challenges raised here at Ethics for Adversaries. So with this shout-out I happily send them what may well be their first ping-back.

Best of luck, fellows (for so far their team is very masculine). Let us know when we should cross-post.

This entry was posted in academia, justice, political philosophy and tagged Posted by Wayne Norman. Bookmark the permalink.